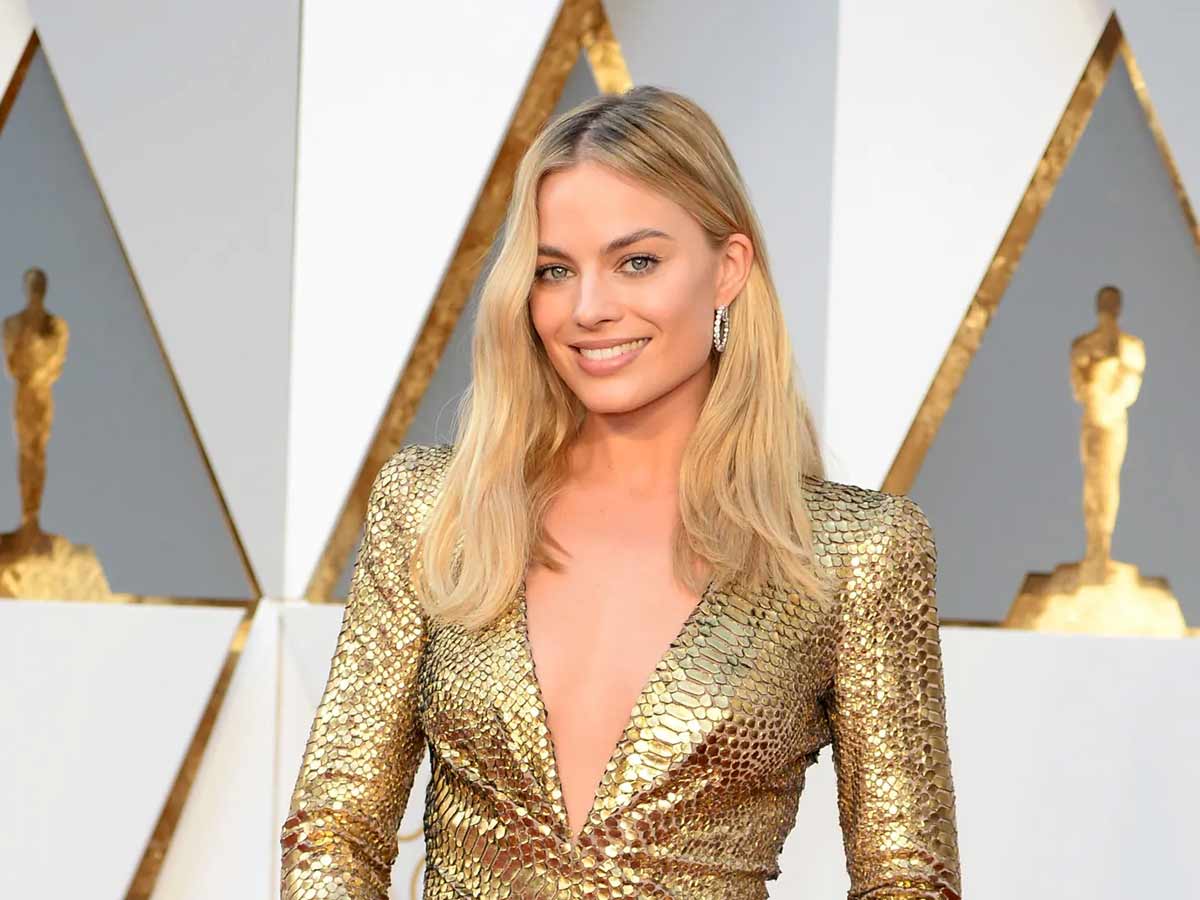 Margot Robbie, an Australian actor, and producer are one of the famous actors in the industry. The actress got her nomination in the Academy awards two times, four Golden Globe Awards and BAFTA Awards. Through her efforts and hard work, Margot Robbie got her name on the list ofn100 most influential people in the world by Time magazine in the year 2017. Moreover, Margot Robbie was ranked in the highest-paid actresses in the year 2019 by Forbes.

Margot Robbie gained prominence in the industry when she started her film career with a film series ‘Neighbours’ (2008 – 2011). Then, however, Margot Robbie got her breakthrough role in a black comedy film, i.e. ‘The Wolf of Wall Street. After this role, Margot Robbie continued her journey in the industry by giving some blockbuster movies and showing her different talents to the audience. The movie of Margot Robbie perfectly depicts her talent, hard work, and efforts.

HERE’S THE LIST OF SOME MUST-WATCH MARGOT ROBBIE MOVIES 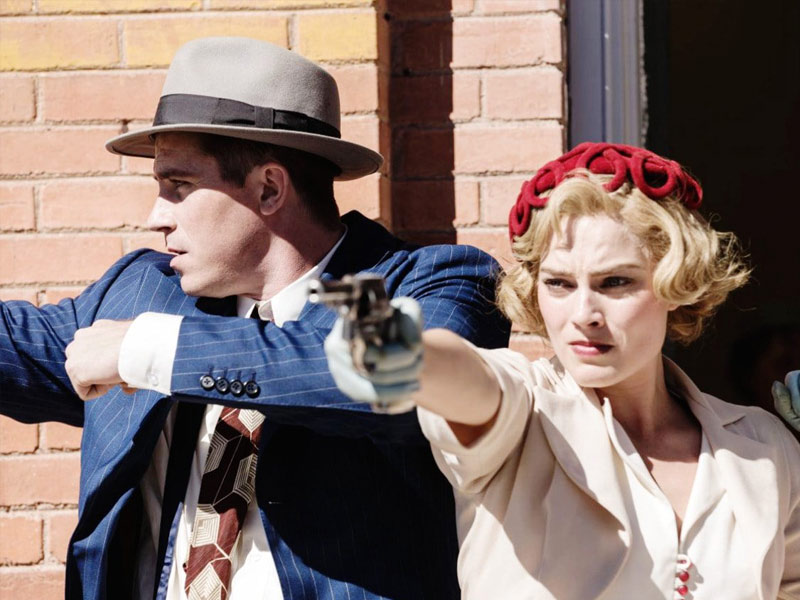 Dreamland starring Margot Robbie, is a great movie to watch. This American Thriller movie of 2019 won the hearts of many. The movie’s story revolves around a teenager’s adventures as a bounty hunter, takes an unexpected twist. The story is set in a small Texas town that has been hit by the dust storms, the great depression, and drought. In this movie of Margot Robbie is seen playing the role of a bank robber. The overall story gives a perfect emotional and empathizing feel to the viewers. 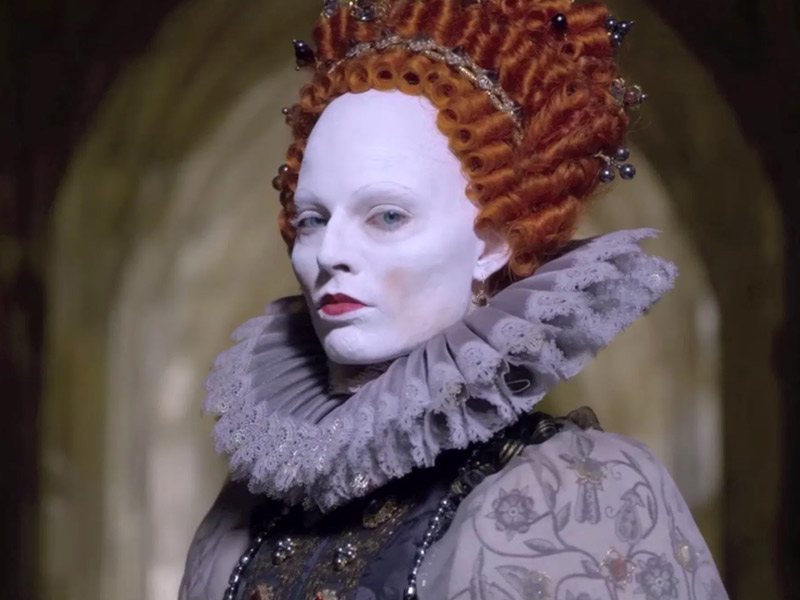 The acting of Margot Robbie in this movie is still remembered. Her role in the movie is still acknowledged by many. The story revolves around the two cousins Mary Stuart, played by Ronan, and Elizabeth, played by Margot. But the political rivalry begins to take place between both of them. Mary wanted to throw Elizabeth, the Queen of England, from her throne but finds herself condemned to imprisonment for the years. The story has been inspired by real-life history and involves a great presentation. Do give it a watch! 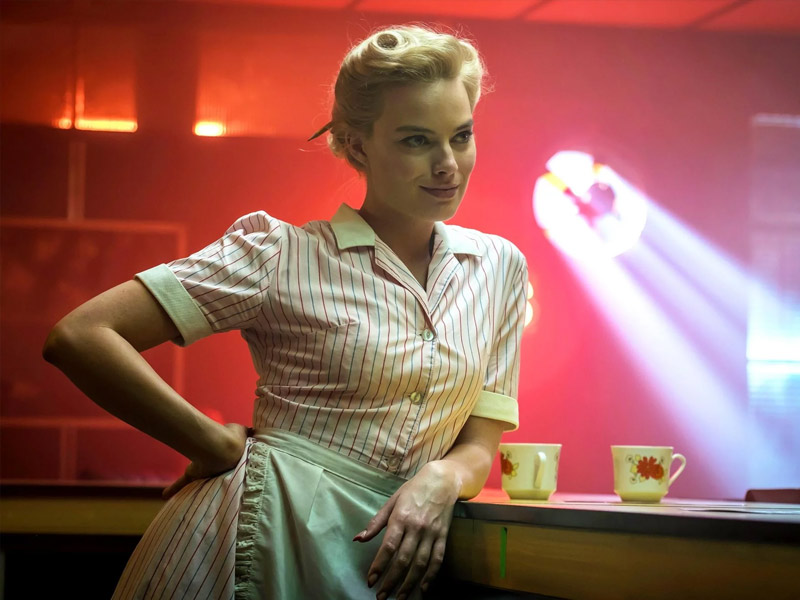 One of the most famous movies of Margot Robbie, Terminal, has gained popularity worldwide. The story of a mysterious waitress Annie (Robbie), leading a double life, leads to some interesting happenings and incidents. The story is set in an anonymous metropolis. The story has so many twists and turns with an emotional investment in the characters. Overall the movie is damn amazing and deserves a watch at least once!

THE LEGEND OF TARZAN 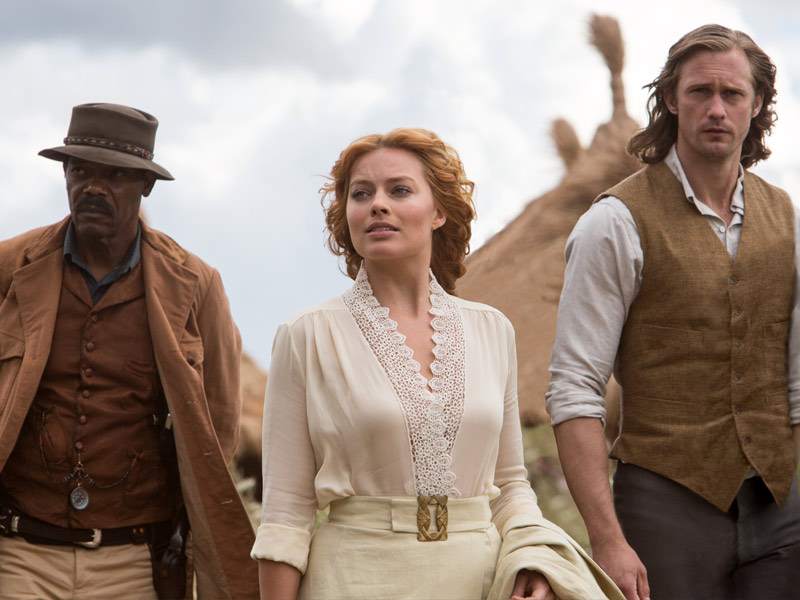 Another famous movie by Margot Robbie, The Legend of Tarzan, has also gained a wide range of popularity. The villainous Belgian Lord Rom (Waltz) manipulates the fifth earl of Greystoke, aka Tarzan, into returning to his beloved Congo; punchy action and tree-swinging ensue. Despite Samuel L Jackson’s essay sidekick, it’s a turgid, anonymous story of a Caucasian liberator that neither pleases nor offends. The movie is quite interesting, do give it a watch! 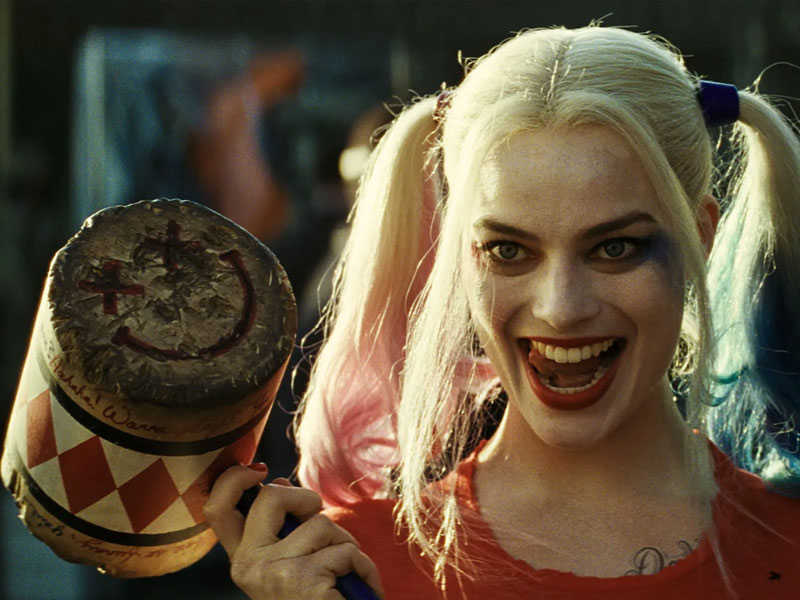 The movie is all set to release on 30th July 2021. The fans of Margot Robbie are super excited about the movie and are waiting eagerly. The movie is going to be super amazing. The story will be dealing with a government sending the most dangerous supervillains in the world- Pacemaker, Bloodspot, King Shark, Harley Quinn, and others- to the remote enemy-infused island of Corto Maltese. The movie will soon be released. So, wait till then! 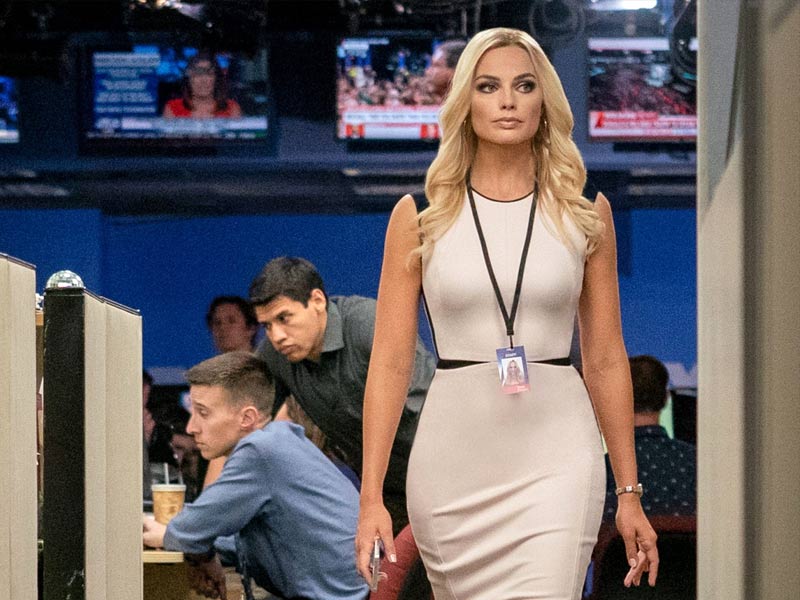 Another movie by Margot Robbie that should be watched is Bombshell. With the interesting story of Roger Aile’s sexual harassment scandal at Fox News. The movie favors snappiness rather than a serious examination of the crimes. Still, it thereon is excellent as Megyn Kelly, and Kidman Robbie is also compelling. The movie is overall entertaining and slick. The movie is excellent, and the acting of the characters is just wow!

ONE UPON A TIME IN THE HOLLYWOOD 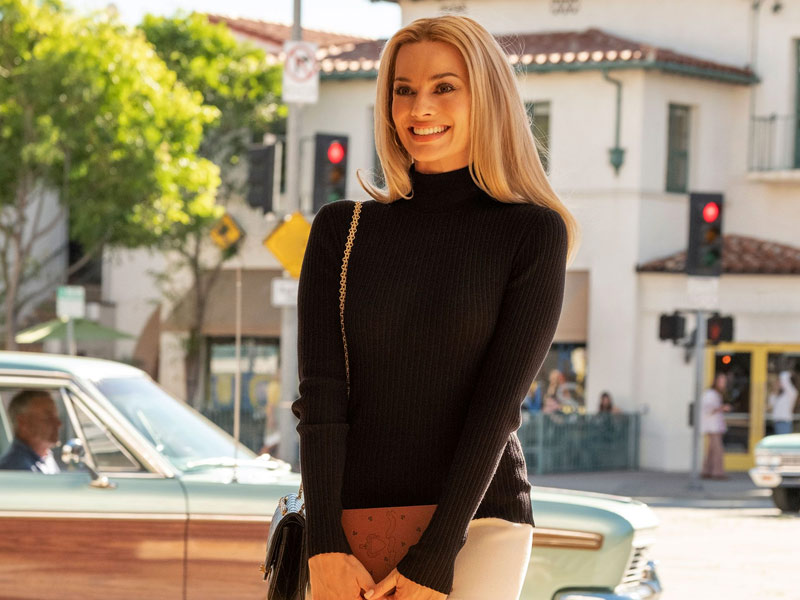 The black comedy and savage violence, Once Upon a Time in Hollywood, is a great movie of Margot Robbie is a great movie to watch. The story deals with the neighbors, Past-his-peak actor Rick Dalton (DiCaprio). His stuntman and buddy Cliff Booth (Pritt) live in Hollywood. Sharon Tate (Bobbie) and her husband Roman Polanski move into their next door. The movie involves so many comic incidents and the fine performance of all the characters. The movie is just amazing! 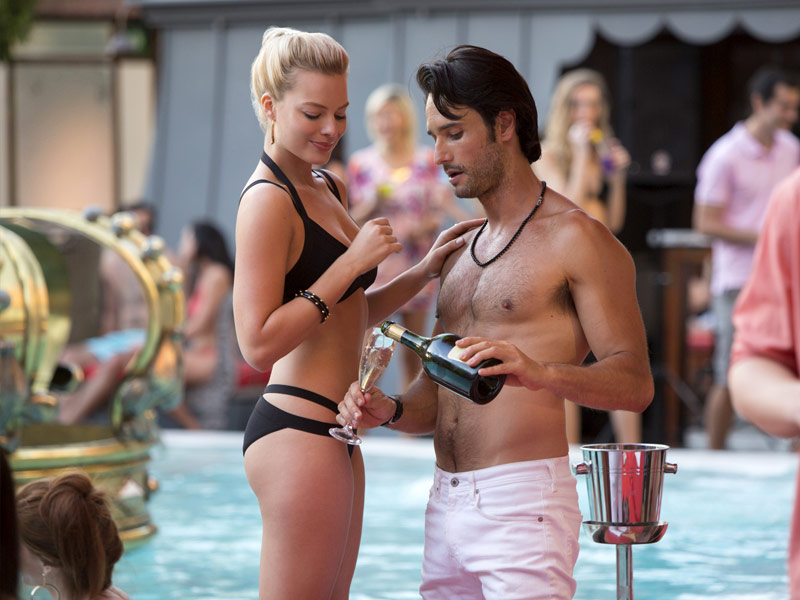 Focus, another movie by Margot Robbie, is a perfect movie to watch. The movie was directed by Glenn Ficarra and John Requa. The movie’s storyline involves Nicky, an accomplished con artist who gets romantically involved with one of his disciples, Jess. Still, soon their relationship comes to an end. But years later, she returns as a femme fatale to spoil all his plans.

So, these were some of the must-watch movies of Margot Robbie. However, there are many more, but if you haven’t watched any of her movies, then the above-listed movies are the best to start with. So, do watch them and don’t forget to share your views with us!