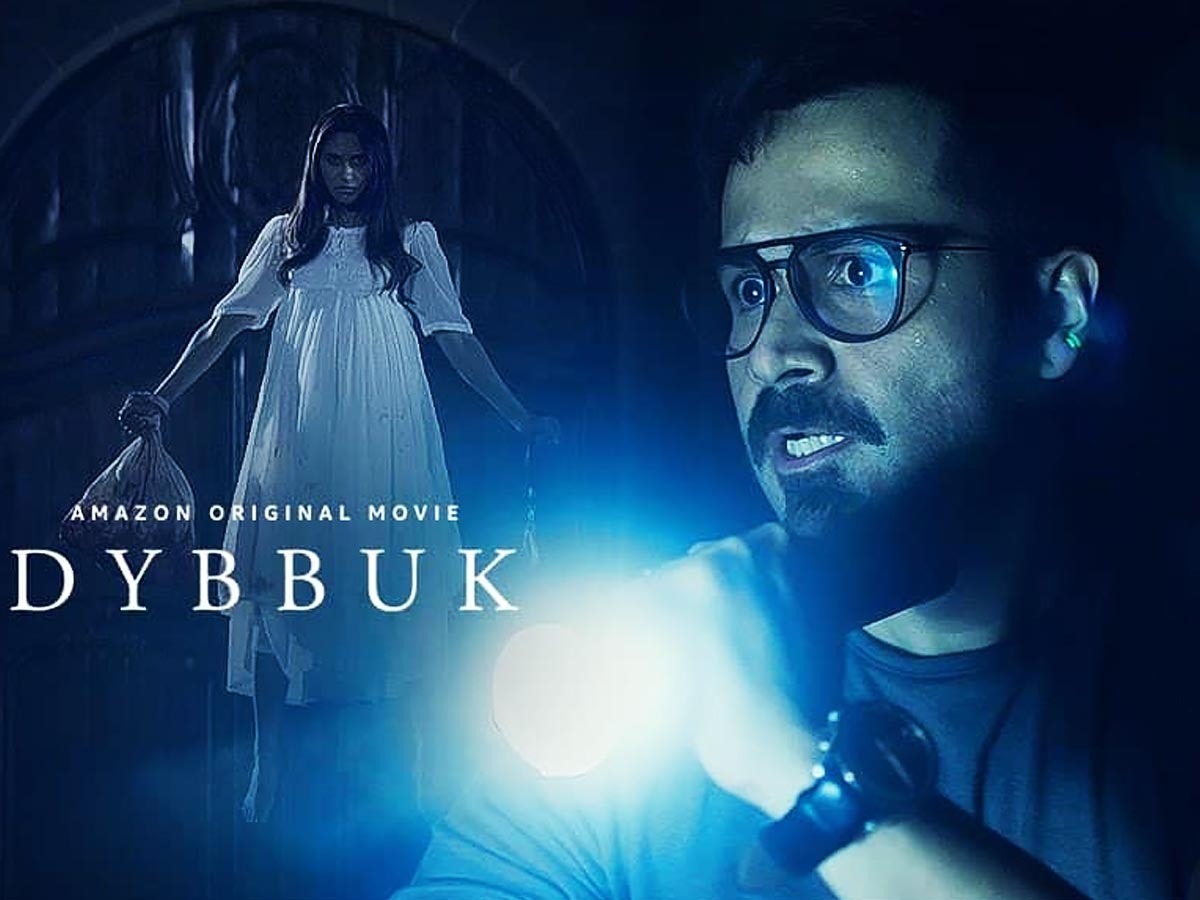 Dybbuk is an Indian supernatural horror film starring Emraan Hashmi, Nikita Dutta and Darshana Banik. Directed by Jay K, the film has been produced under the banner of T-Series. The film is a remake of Malayalam film Ezra that was released in 2017. The plot of the film revolves around a centuries old Antique box related to some of Jewish tradition, opening which gives an invitation to many evil powers.

In the film, the box is purchased by the female protagonist and it leads to the couple witnessing paranormal activities. The film will be out on Amazon Prime Videos on October 29,2021.

Dybbuk is associated with Jewish mythology. It means a malicious spirit believed to be the soul of a dead person.

In the film, the male protagonist is told that the box was used by some Jews in ancient times to capture the soul of a person and opening it could lead to destruction and mishaps in the person’s life doing so. But by the time Ranjan (Emraan) knows this, Mahi (Nikita Dutta) has the box already open.

In fact, the film begins with Mahi opening the mysterious box with great enthusiasm. What happens next is predictable — the couple starts witnessing paranormal activities, and they are forced to take the help of experts in the matter.

Will the couple ever be able to get rid of the problem they themselves have invited? That’s the mystery that will be solved on October 29. The trailer of the film is out and it looks thrilling and scary at the same time.

This is not the first time we are seeing Emraan in such a role. However, for Nikita Dutta, it is the actual test. She looks promising in the trailer and Emraan is full of emotions, as always.

The shooting of the film began in July 2019 and the makers have finished the project in an impressive amount of time, given the restrictions in place for most of this period because of the pandemic.

Who wouldn’t be excited to see Emraan battling spirits instead of winning a girl’s heart with his nearly cocky attitude? But this time, he has to deal with a problem that disappears and reappears on its own will. Since it is Nikita who was shown opening the box in the trailer, it would be safe to predict that she will have a substantial role in the movie and won’t be just a supporting actress to the major lead.

It is Emraan’s task to save his wife from the evil spirit that is adamant about destroying everything and anything that comes before it, before returning to the task. An expert can be seen saying in the statement that the spirit may go after the exorcist trying to help Mahi and this makes the task way trickier for Ranjan.

Emraan is very positive and hopeful about this new project. He said in an interview that the movie has something very unexpected in store for the audiences while adding that a “well-made horror film will always draw audiences in huge numbers to cinema halls.’

Dark theme movies appear to be the new big thing for Emraan, who recently featured in the Amitabh Bachchan starrer Chehre. The film also features Manav Koul which means the audiences are ready for some surreal action. Director Jay K has claimed that Dybbuk is scarier than the Malayalam version— Ezra. Horror has been one of the most favourite genres for Emraan and his enthusiasm can turn an ordinary performance into a memorable one. The film comes around Halloween and the director is hopeful of generating an impact and getting a positive response from the audiences. It is actually an amalgamation of an Indian style of storytelling and foreign mythology.

Considering the increasing craze of horror movies and OTT platforms in India, the makers believe the film to have an explosive opening.