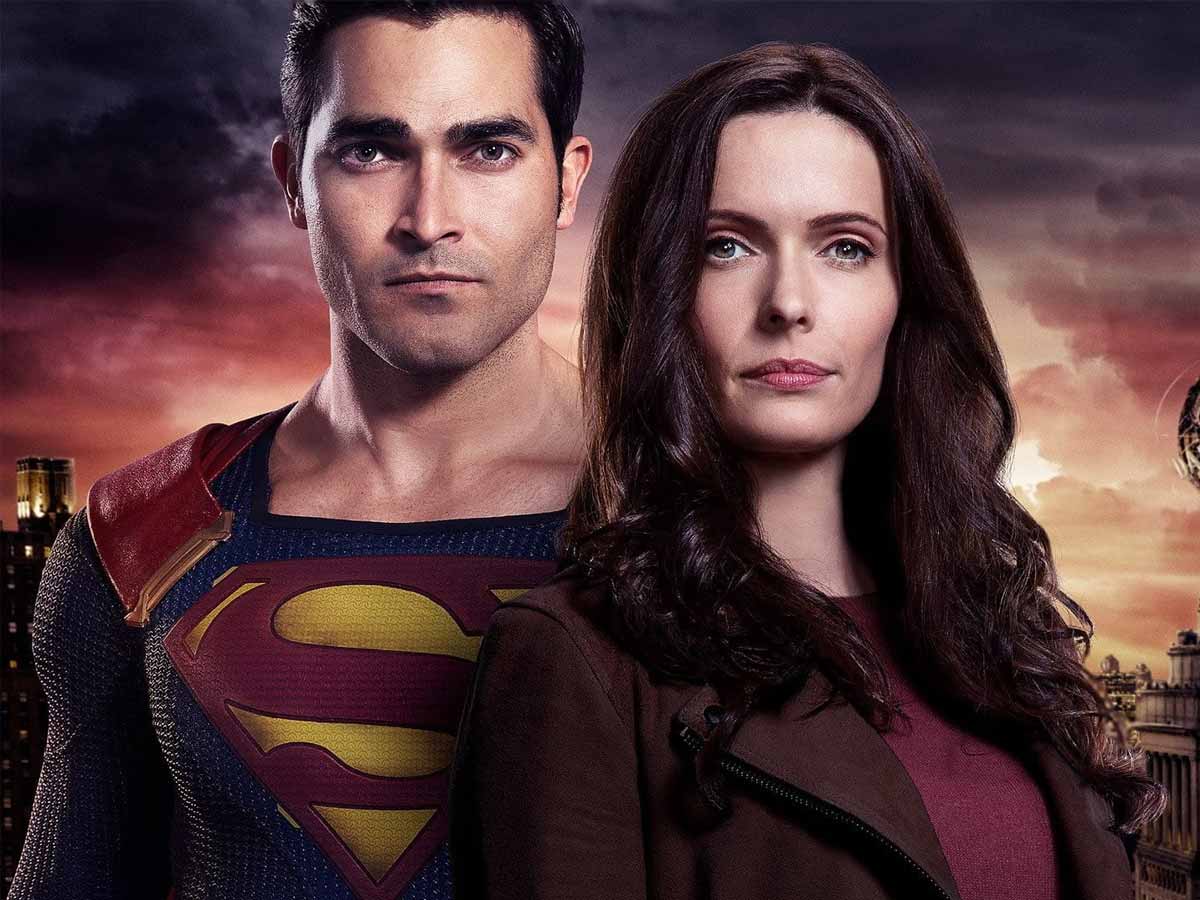 Superman and Lois Episode 11 is one of the most accurate depictions of the Man of Steel mythology ever put on television.

Suppose you just started watching Superman and Lois episode 11, “A Brief Reminiscence In-Between Cataclysmic Events,” and haven’t watched the prior episodes. In that case, you might be forgiven for believing that this is the pilot episode for a whole new program about the Man of Steel.

While every Arrowverse superhero had an elaborate origin story episode, by the time we met Tyler Hoechlin as Superman and Bitsie Tulloch as Lois Lane, both characters were supposed to be well established in their worlds and occupations. The first episode of Superman and Lois reminded us that these two are so “seasoned” that they’re already parents to twin adolescents! 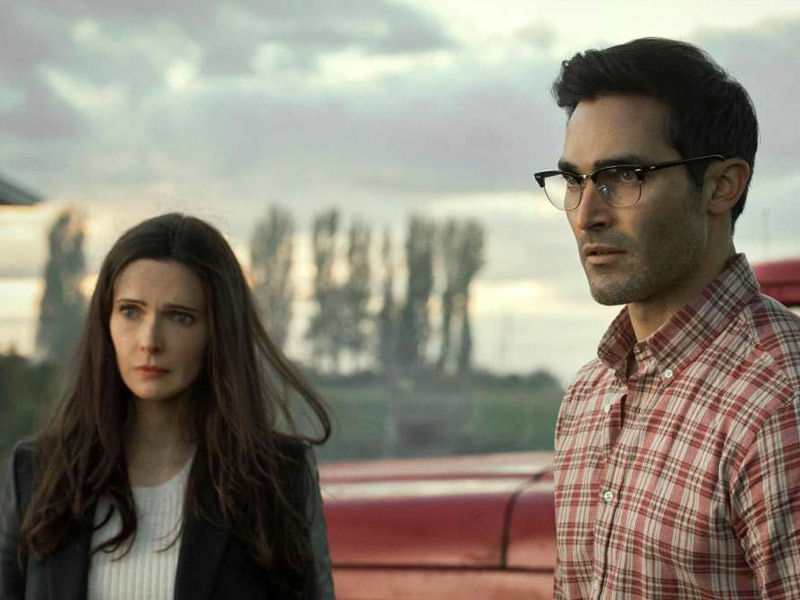 So there are still many unanswered issues concerning our main characters’ backstories, and “A Brief Reminiscence In-Between Cataclysmic Events” is a significant step in that direction. But it’s much more than just a “how did Lois and Clark meet/first Clark’s time in costume/Superman establishing himself in Metropolis” episode. It’s a true love letter to both of these people, and it successfully spans their whole 83-year career.

Oh, and it does all of this while still carrying the season’s primary plot along beautifully. It’s a tremendously adaptable episode, as well as a superb piece of storytelling in its own right, making the well-worn rhythms of the Superman origin tale feel fresh and current, without losing sight of what else the season has to achieve.

Adolescent Clark Kent and the Fortress of Solitude

The first of many allusions to Richard Donner’s 1978 superhero film classic, Superman, comes at the start of this episode, with young Clark trekking through the ice, lugging the sunstone, and trying to find out both his and its purpose. Clark is wearing the same red check flannel jacket that Jeff East was wearing in a comparable scenario.

The idea of Jor-El being an AI who operates the Fortress of Solitude (as well as the Fortress itself being based on a Kryptonian relic) also stems from Donner’s Superman film. That was the first time we learned that Clark had to learn about his abilities and alien background through the memories of his biological father and his people, and it’s beautifully updated here.

The Man of Steel

Clark’s first flight in the cold, with Jor-words El, ‘s echoing in his ears, well…Superman it’s Donner’s all over again. But the way it’s portrayed here, with Clark’s strong launch and shaky early seconds, feels eerily similar to a similar scene in Zack Snyder’s Man of Steel.

While we did hear Superman remark, “my mom made it for me” in the first episode, we now understand why it happened. Clark’s new outfit clearly feels foreign, possibly the Kryptonian ceremonial attire alluded to in Donner’s Superman (the first location to utilize the “S” as a Kryptonian family crest), Man of Steel, and contemporary DC Comics. However, throughout the vast bulk of Superman’s comic book history, Martha has always manufactured Clark’s costume. 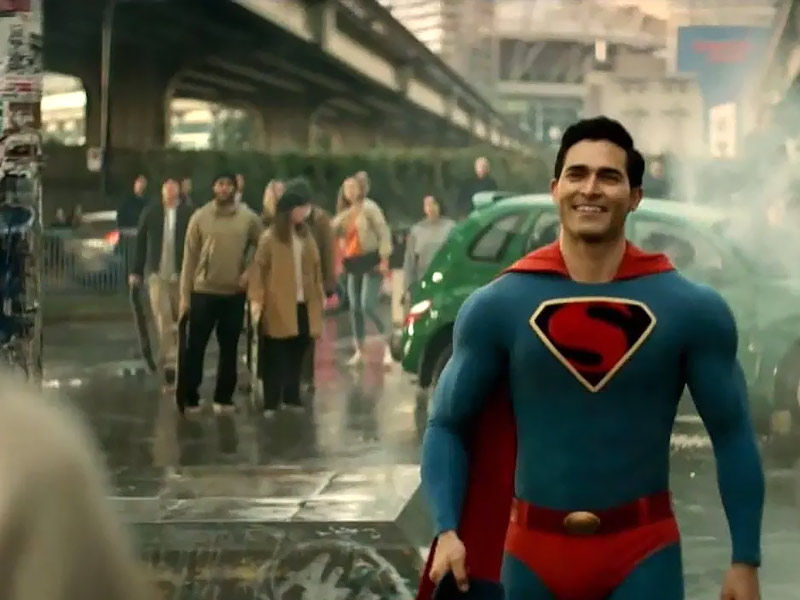 Superman and Lois, on the other hand, halve the difference, with Martha having fashioned Clark’s first costume…one that happens to look precisely like the first cinematic version of Superman ever: the iconic Max Fleischer animated Superman shorts, which debuted in 1941. Please watch them if you haven’t already. They’re stunning. More time with that outfit in this episode is a great delight, and it’s a fantastic example of why “less is more” when it comes to a superhero costume.

It also explains why the “S” on the original costume wouldn’t be the ideal Kryptonian sign that Clark and Supergirl wear today: Clark most likely assisted her in designing it from memory, considering the first time he saw his family crest was when the Jor-El hologram came to him in the Fortress!

Also, this may or may not have been deliberate. Still, Martha asking Clark to “go rescue the world” before his first adventure occurs in J.J. Abrams’ never-filmed Superman script, which, despite its reputation, gets things right when it gets them right. I went into a lot more depth about it here.

The First Day of Work

The episode significantly cheats by repeating footage from Superman catching the green PT cruiser and speaking with Metropolis residents. But it bears emphasizing that this is a magnificently executed tribute to the cover of Superman’s initial appearance in Action Comics #1 in 1938. But don’t you think everyone knows that? 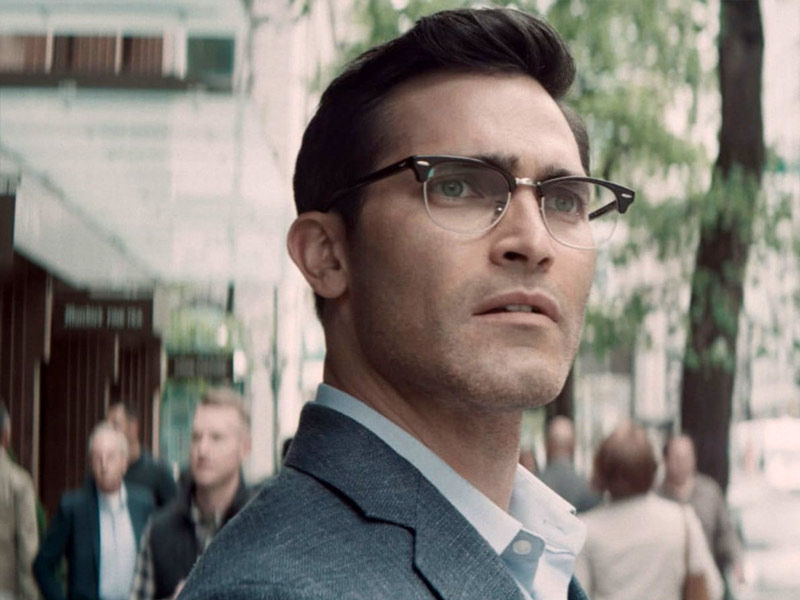 But now we go one step further, with the revelation that this was not a random memory, but rather Clark’s debut performance as Superman! Once again, a lovely little nod to Action #1.

A bystander remarks to Clark that Metropolis’s new hero flies “like a bird or an aircraft.” This, of course, is a reference to the famous narration popularized by The Adventures of Superman radio program (more on that in a moment) and Fleischer cartoons: “It’s a bird! That’s an aircraft! It’s…Superman!”

We don’t spend a lot of time on this program at The Daily Planet. Still, when we do, it strives to recreate the frenetic, buzzing energy that we witnessed in Donner’s Superman (wow, that comes up a lot…and for a good reason).

Also, how good is Paul Jarrett in the role of Perry White?

Lois and Clark remaining late on the job, has shades of both the premiere episode of 1993’s Lois and Clark: The New Adventures of Superman and Donner’s Superman’s “rooftop sequence.” It is the former that it is the first indicator of a romantic connection developing between them (and significant because up until that point in history, it was ALWAYS the case that Lois was attracted to Superman and not Clark). However, there is a touch of the latter in their fun but cautious flirting. 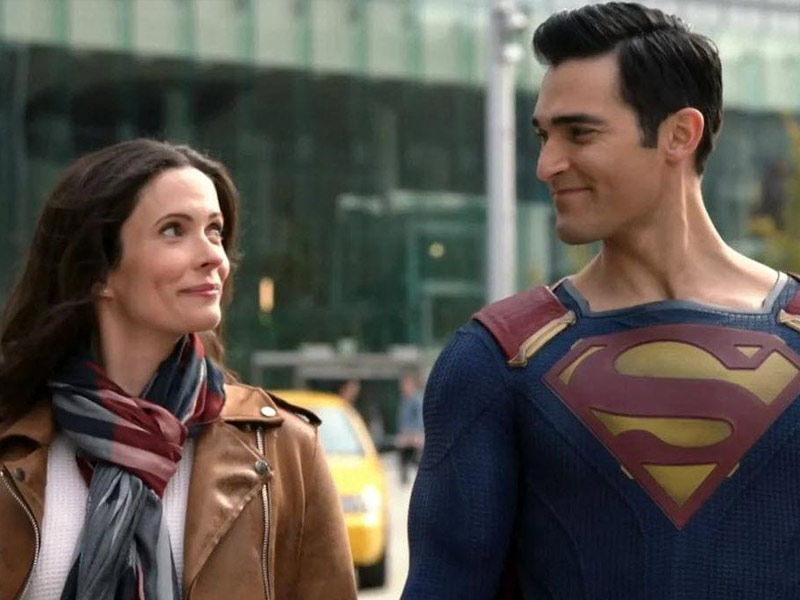 But that is further undermined by Lois’ exclusive chat with Superman. Lois has the first exclusive interview with Superman, much like in Donner’s film (there it was in private for later print publication, here it’s on TV). But, once again, Lois isn’t interested in Superman since she already loves Clark. It does away with the classic “love triangle” in which “Clark loves Lois, but Lois loves Superman, but Superman wants to be loved as Clark,” which has been a staple of the mythology for years. This isn’t always a negative thing.

Okay, the addition of Atom Man is out of this world. The figure originally debuted on the radio show The Adventures of Superman in 1945. There, he was “Heinrich Milch” (thus the “Henry Miller” of this episode), a Nazi with Kryptonite in his bloodstream.

The Atom Man we meet here is based on Gene Luen’s graphic design. Superman Smashes the Klan by Yang and Gurihiru is an EXCELLENT (I can’t emphasize enough how absolutely fantastic this book is). Because Atom Man was based on the “Henry Miller” version of the character, the racist drivel spouted by tonight’s antagonist is acceptable.

Another interesting aspect of the utilization of Yang/Atom Gurihiru’s Man? Supes wears a variation of his outfit that resembles the Fleischer suit in Superman Smashes the Klan. The people on Superman and Lois know what they’re doing. Is there a nod to the movie serial version?

Now FLY (do not walk) to your local comic store and get a copy of Superman Smashes the Klan, which is loosely based on a DIFFERENT story from the radio program, in what will most likely be my only mention of The Adventures of Superman radio show for tonight. Anyway, it’s fantastic, and it’s the finest Superman story in a decade or two. You may thank me afterward.